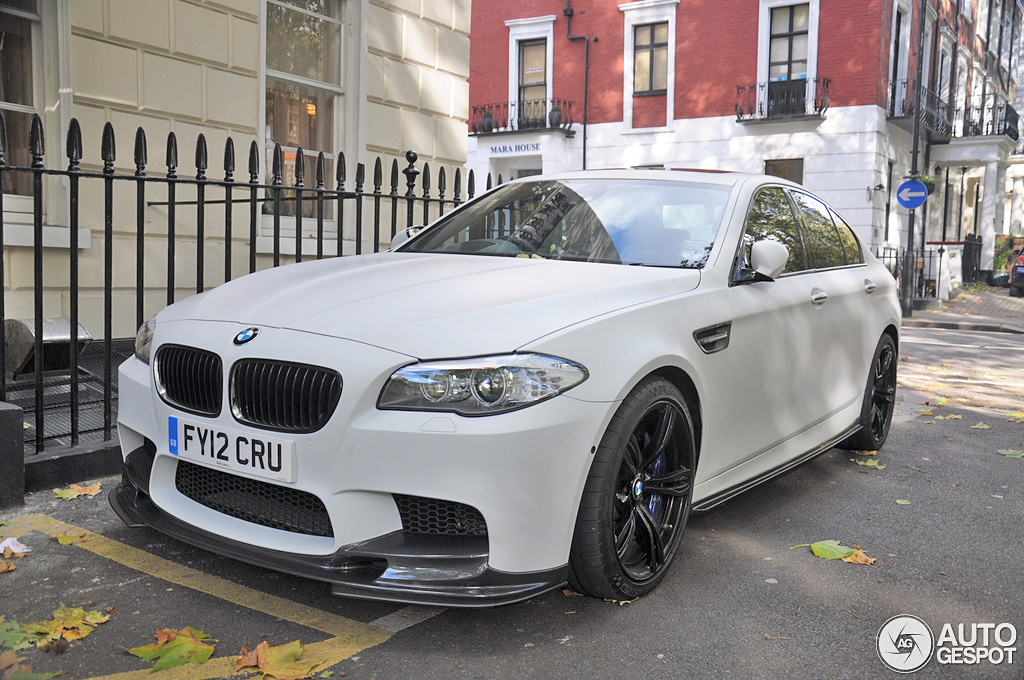 We’ve seen plenty of great looking F10 BMW M5 versions out there that various tuners have come up with. Almost certainly, there’s plenty that haven’t met our eye as well.

This is the fault of tuning companies, car owners and, of course, ours for not covering them all. We are thankful for the one we see here appearing into the light.

Most of its show-worthiness is actually seen with the 3D Design body kit that makes up most of the exterior re-trim. Well done to the owner for deciding on such a pick.

From then on, things seem to be going along to the song and just getting better.That new aerodynamic body kit isn’t left to its own devices. 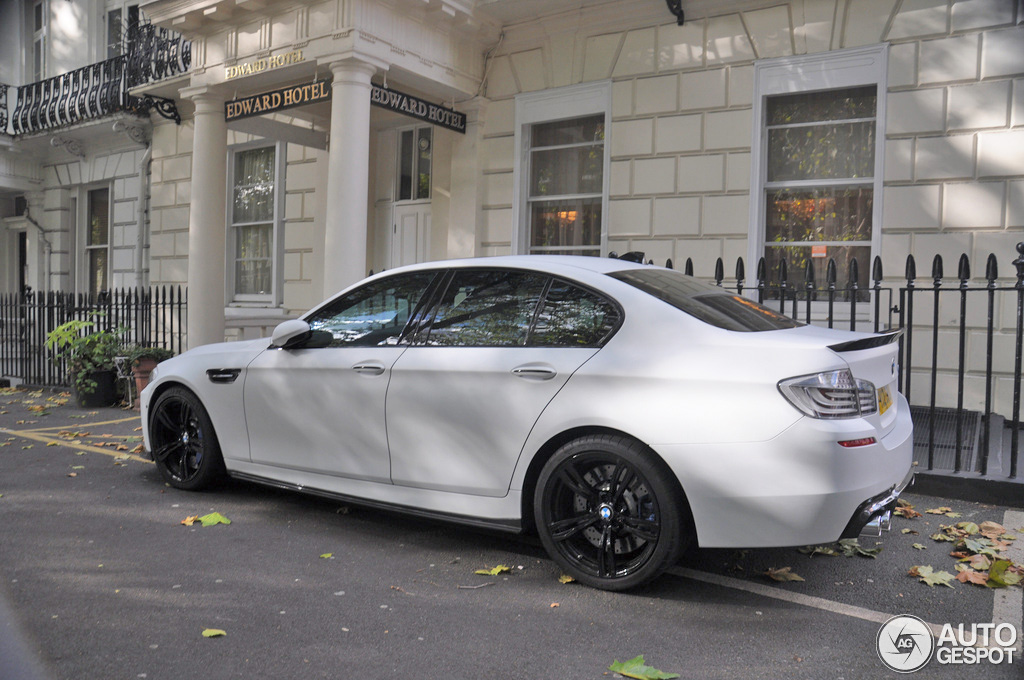 In order to fit in with the white exterior, the rear light clusters have been replaced by clear ones, they’re OEM units too.

Highlighting the rest of the car is a set of black accents on the front lip, side skirts, rear diffuser and rear boot lid spoiler. 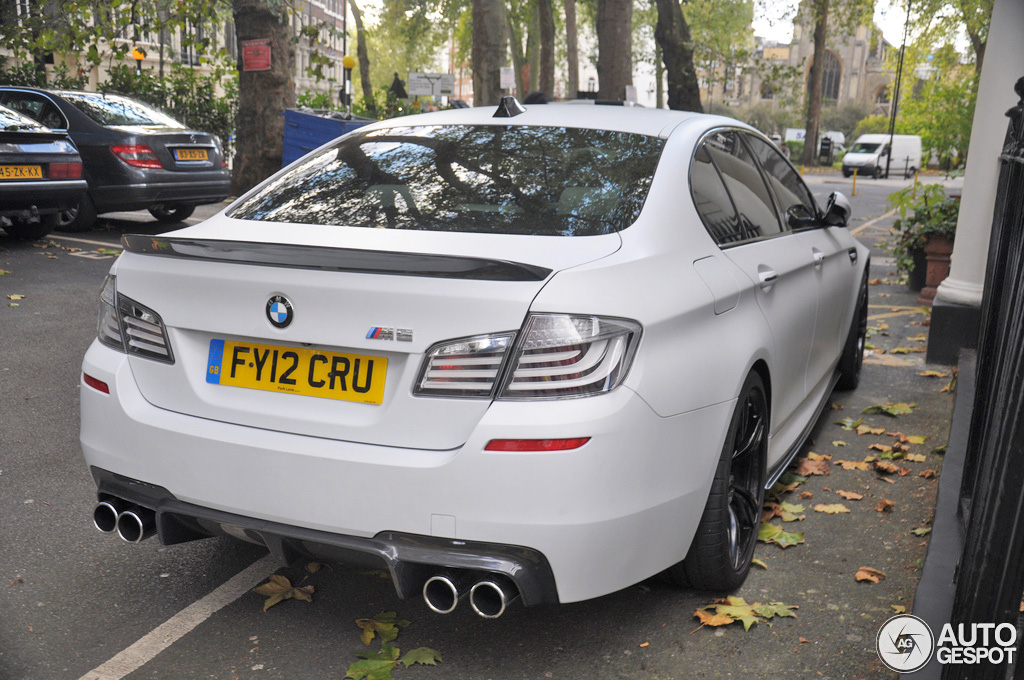 The presence is also messed about with and the “silence” of the M5 was addressed via the fitting of a new Eisenmann Exhaust system.

That probably makes the car louder than the color would tell you. Maybe this is the sort of car that gets socially acceptable if loud. 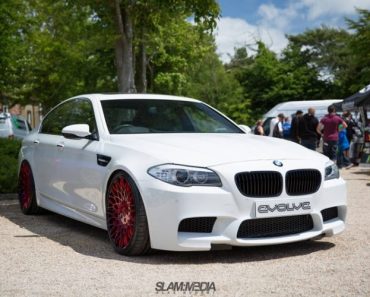 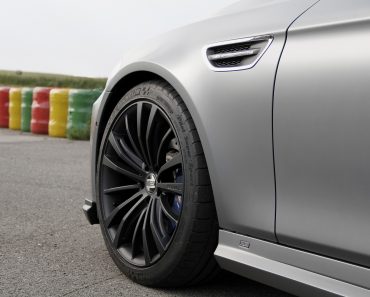 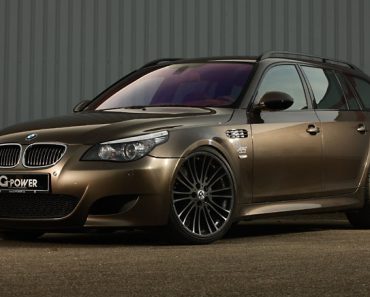 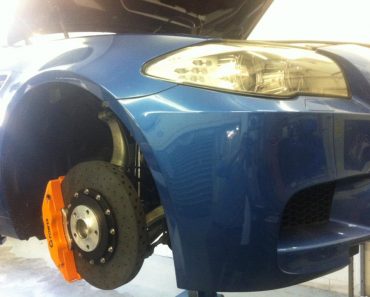 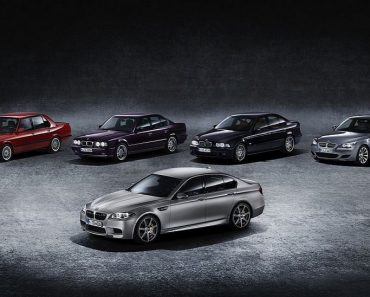 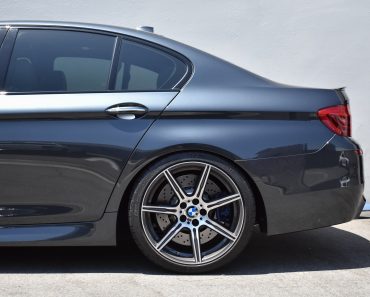