The Frankfurt motor show has come to an end, and the majority of people walking away from it were talking about one car in particular – the BMW Concept 4 Series Coupe, which is still over a year away from going on sale. The two-door Coupe, which is a dramatic redesign of its predecessor, isn’t expected to be available to consumers until somewhere toward the end of 2020 (hopefully in time for Christmas if you have exceptionally generous relatives!). It will be joined by an electronic variant, i4, the following year.

At the show, which attracted international attention on a larger scale than we’ve seen in previous years, BMW officials say that the new Coupe is somewhere in the region of being 85% ready for release, but that they intend to take their time with the remaining 15%, which is all about fine-tuning and ensuring that the car’s performance matches its sleek, smooth appearance. It’s no secret in the car trade that BMW is targeting customers who would normally opt for the Audi A5 Coupe with this new model, and it’s a high benchmark to meet. Brand loyalists only tend to deviate from their normal purchasing preferences when they’re given an excellent reason to do so. BMW is working hard to ensure that the new car fits the billing. 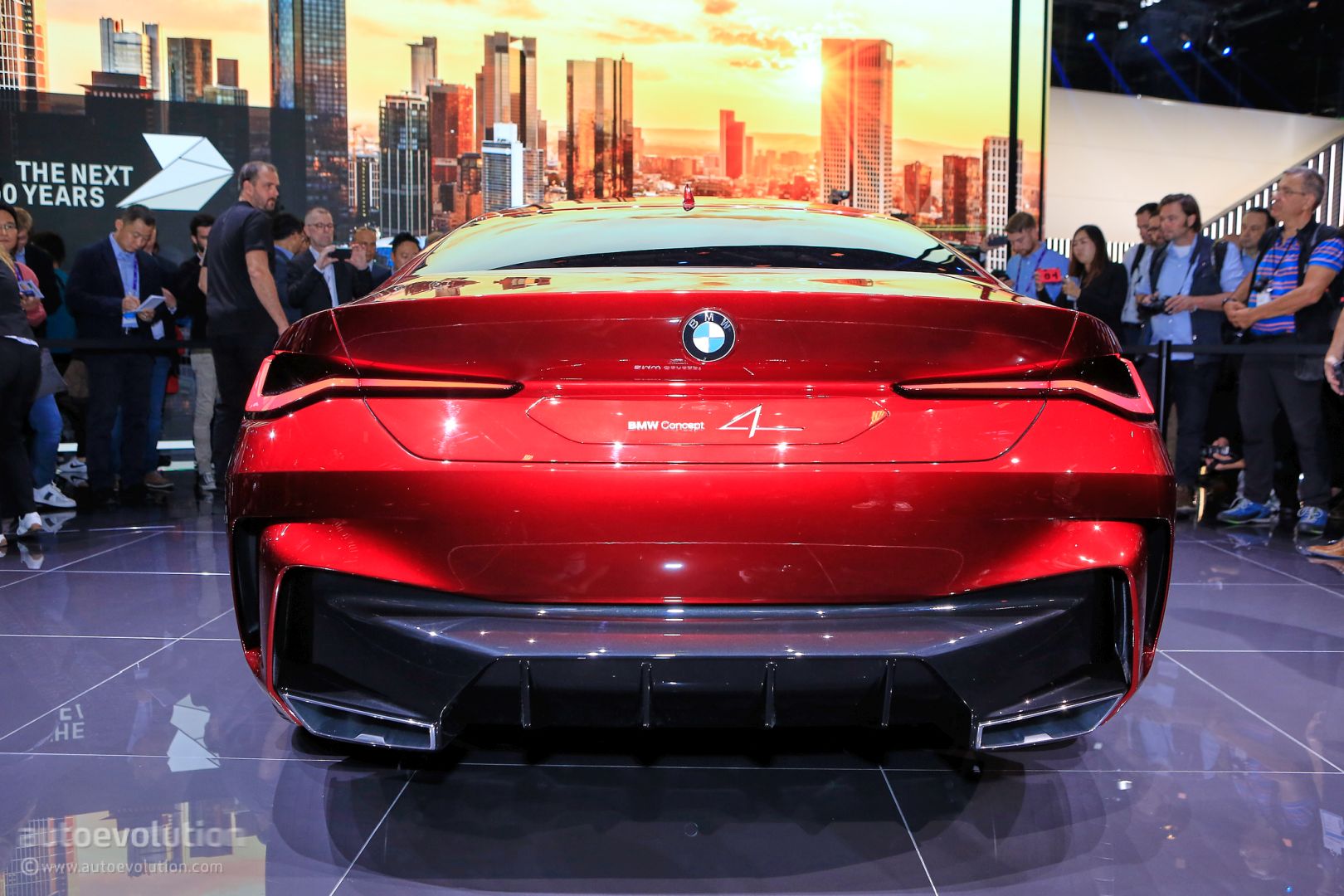 Those of you who have had the chance to see the concept car up close and in person have been talking about the kidney grille affixed to the front, which younger car enthusiasts believe to be a completely new feature. In reality, it’s about an old feature as you could ever hope to find on a BMW car; the design is heavily influenced by the style of the old 328 coupe, which was on sale to customers during the 1930s. This is BMW reaching back through almost eighty years of history to give us a car that ticks all the boxes when it comes to ‘old meets new’ design styles.

Nobody who reads this website will need to be persuaded that this new Coupe represents a better option than the latest coupe models coming from Audi (as mentioned earlier) and Mercedes, who are very proud of their own C-Class Coupe. If you were tempted by buying either of them, you wouldn’t be here. Is there enough in the design and the performance to give BMW the edge over the competition with the casual consumer, though? Design technician Stefan Woerns certainly thinks so. Speaking to reporters at the show, he said the new grille was part of his team’s desire to give the new generation of coupes their own specific’ face,’ and mark them out as being clearly different from the 3 series. The intention is to make the vehicle less homogeneous, and therefore more exclusive and upmarket.

Once we look past the unfamiliar grille of the car, we find that the redesign of the aesthetics expands much further. For a BMW it has a very low front, with the air intakes on the sides having to be significantly larger than the 3 series as a result of that. Beneath the grille is an additional intake in the shape of a U, which is a completely new innovation. The headlights are narrower than we’re used to seeing, too – and, on the concept car at least, don’t have any coverings. We don’t imagine that would be a desirable design feature when it comes to the point of sale, and so a glass covering will likely have been added by the time the cars are shipped to dealers.

It’s not just the headlights which are looking slimmer than usual; the wing mirrors, sculpted out of single pieces of aluminum, are the narrowest we’ve ever seen on a BMW coupe. The wheelbase is long and thin. The character lines have been positioned low. Some of these design elements have been borrowed from the 8 series, but the overall effect is one of a car that’s been on a diet, and is now showing off its fantastic new figure. 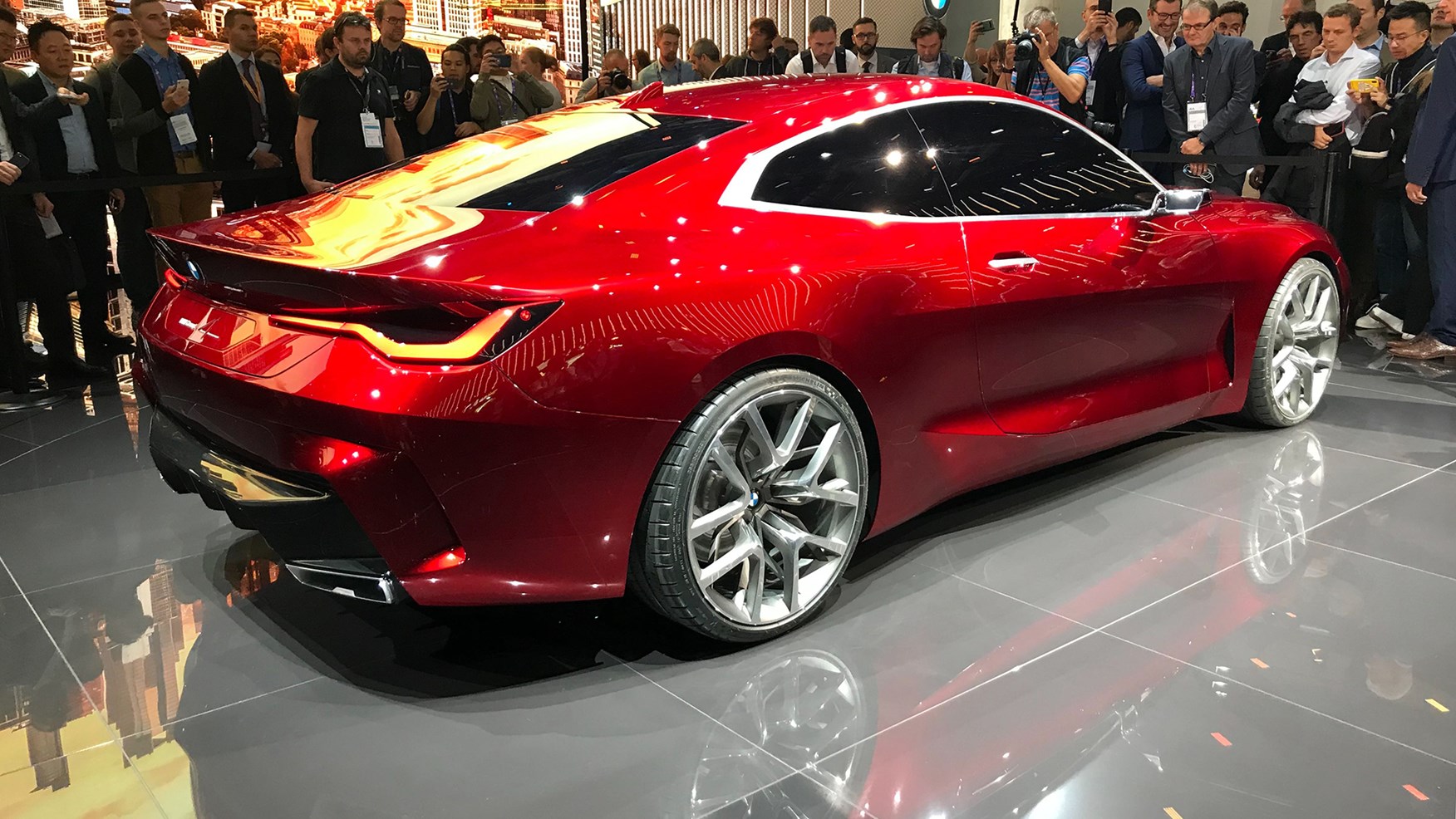 You’ll notice that we’re limiting ourselves to talking about the exterior of the car. There’s a good reason for that. All we saw at Frankfurt was the vehicle’s exterior concept. Although we know that the car has been tested extensively on BMW’s German tracks, the precise technical details of what’s going on under the hood remain a closely-guarded secret, and not one we’re likely to be given any further information about in the near future. We do have some educated guesses, though. It doesn’t take a clairvoyant to see that it’s likely the car will make use of CLAR, which means that both two-wheel and four-wheel drive will be available. We don’t expect the engine to be significantly different from the one that powers the 3 Series cars, and so that means two-liter, three-liter, four-cylinder, six-cylinder, diesel and petrol variants will be available. We’d be happy to be proved wrong, but we’d need someone with factory access to be able to verify that for us. One place which may no longer have that kind of factory access is the Oxford plant in the United Kingdom, which would likely have been called upon to develop parts for the car (if not the whole vehicle). The plant has recently announced plans to temporarily shut down in the event of a No Deal Brexit occurring. Nobody can currently predict the manner of the UK’s departure from the European Union with any degree of accuracy; there are simply too many possible outcomes. Bookmakers accepting bets on it are trying to consider more possibilities than a gambler is faced with when playing a mobile slots game, and you can’t bet on the outcome of a mobile slots game for a very good reason. When you’re playing mobile slots in new UK casino, you simply put your money in and cross your fingers for a positive result. A positive result for the factory workers in Oxford would be a deal with the EU that would allow them to continue working. Nobody in their right mind would place their entire salary on a single spin on a mobile slots game, but at this point, it seems like the bet has been taken out of BMW’s hands when it comes to continuing to trade in the UK.

Whatever the outcome of the Oxford situation – and its implications for the future presence of BMW in the UK – we’re sure the new Coupe will be made available to British buyers somehow. For the rest of the world, we’re now counting down to launch date – and we hope to bring you more details of the car’s specifications soon! 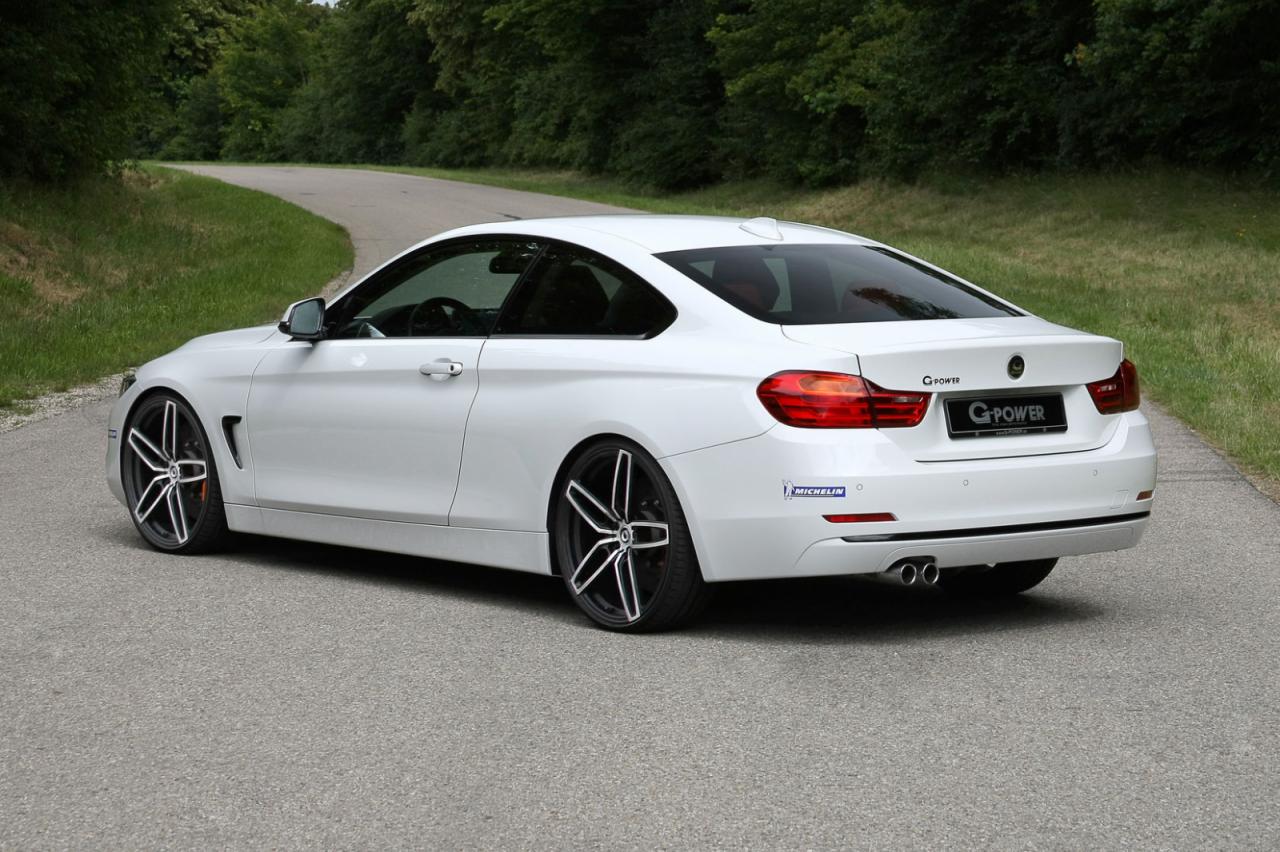 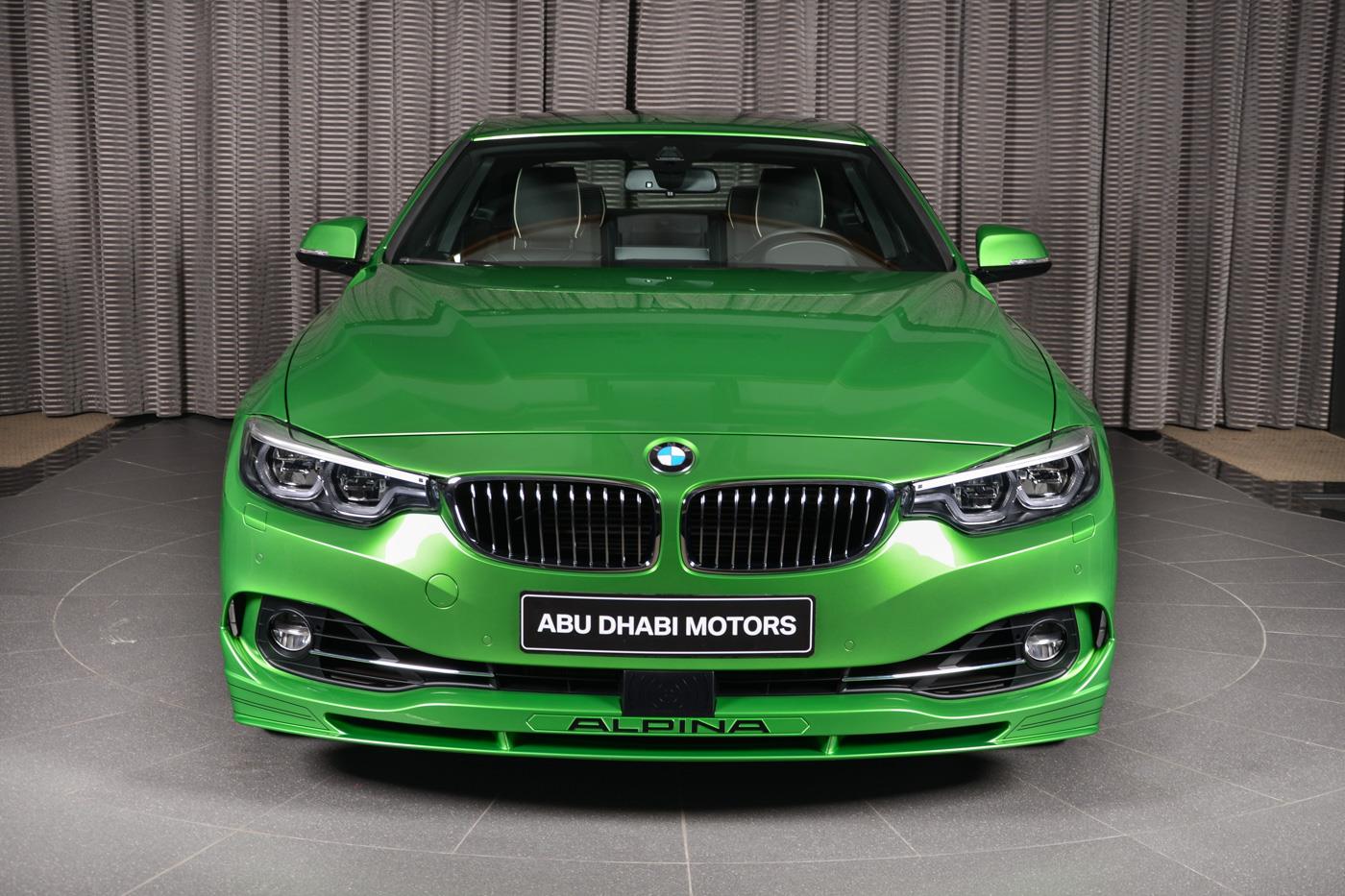